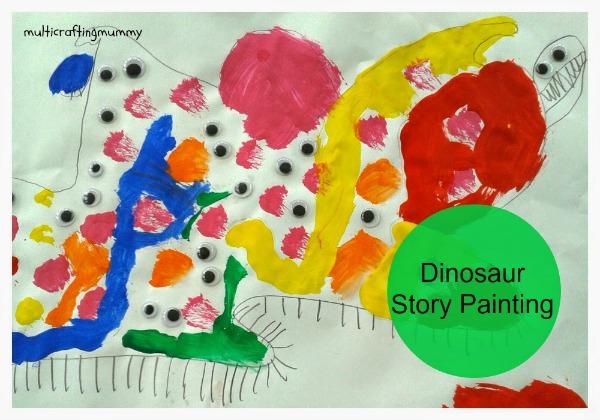 Doing arts and crafts with your
children can be daunting to some, especially when you are faced with such
perfect examples on the huge number of arts and crafts websites now available.
However, not all arts and crafts projects take meticulous planning or require
lengthy trips to the art and hobby store for specialist materials. Sometimes
all you need is a few pots of paint or crayons and a little bit of imagination
to get things started.

My 4 year old pre-schooler has a
fierce imagination and he loves to make up stories.  The other day he was telling us all about some
pirates who went to visit dinosaur land.
Pirates and dinosaurs are real favourites in our house at the
moment.  He began by telling us about how
the pirates were going to fly in a bright red aeroplane, after sailing their
pirate ship to the airport and that they were going to deliver pineapples for
the “Pineappleasaurus’s” to eat.  Thankfully
the story had a happy ending; despite the pirates having to navigate their way
past T-rex’s and Stegosaurus’s to get to the Pineappleasaurus’s.
After he had finished his tale we decided to
have a go at painting some dinosaurs. My 4 year old of course wanted to paint
his “Pineappleasaurus” and my 6 year old decided he would create a
“Sillyasaurus”. My sons had great fun helping their little sister name her
dinosaur “Pinkieasaurus” after she made a grab for the pink paint pot as soon
as we sat down. 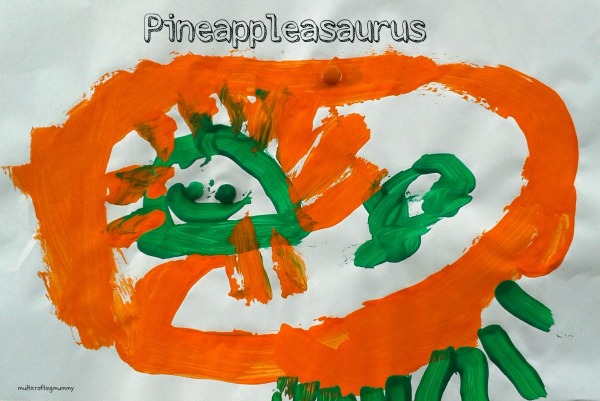 We had a great session painting our
dinosaurs together. The boys got very animated in deciding what their dinosaurs
would look like and what special features they would have.  The “Pineappleasaurus” had 3 eyes and 10 legs
and his brain was in his tummy.  The
“Sillyasaurus” was very silly indeed he had 21 eyes and 100 legs, he laughed
all day instead of roaring and his favourite food was ice-cream..  The boys then decided that their sister’s dinosaur,
which was definitely a girl, only ate pink food, especially pink marshmallows. 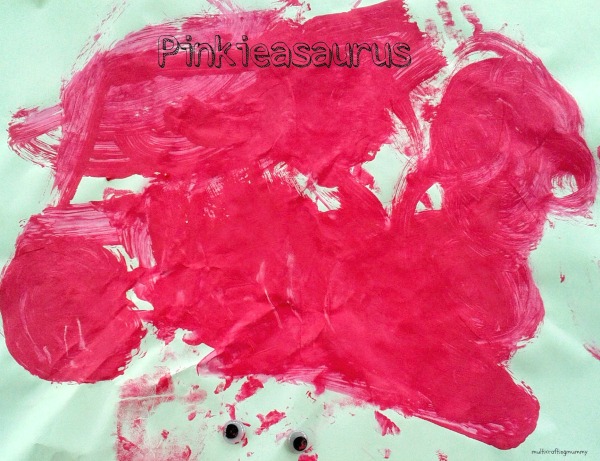 Painting with three young children
is not without its challenges, but the rewards certainly outweigh the
post-paint session clean up operation and the odd temper tantrum that you may
have to deal with.  Arts and crafts are a
great way to help grow your children’s imaginations.  So next time your children start to tell you
a tale, grab some paper and paint and see what they can create.
Pin
Share
0 Shares

7 thoughts on “A little bit of imagination and a lot of pink paint!”