Are you looking for a new playdate activity to keep some little monsters entertained? Have fun making these silly (not scary!) felt monsters. 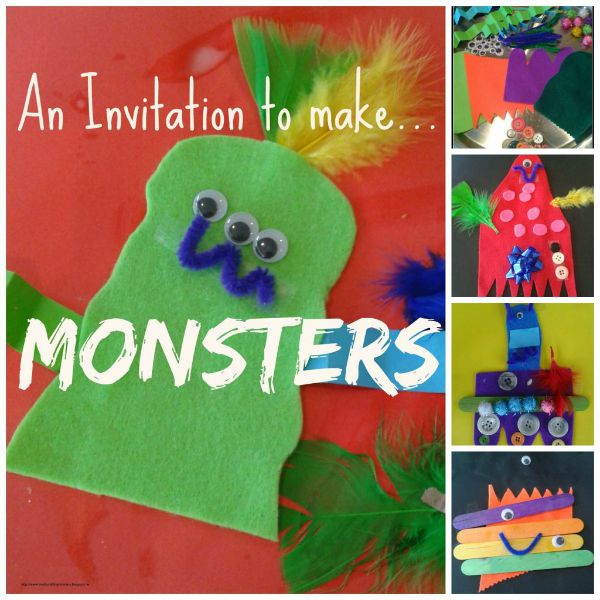 Little Miss B had a friend over to play on Tuesday morning, so I decided to prepare an “Invitation to make…” activity for them to do alongside each other. Following our weekend’s successful Witches Bubbling Discovery Brew activity, I decided to continue along with another Halloween theme, but this time we would focus on MONSTERS! 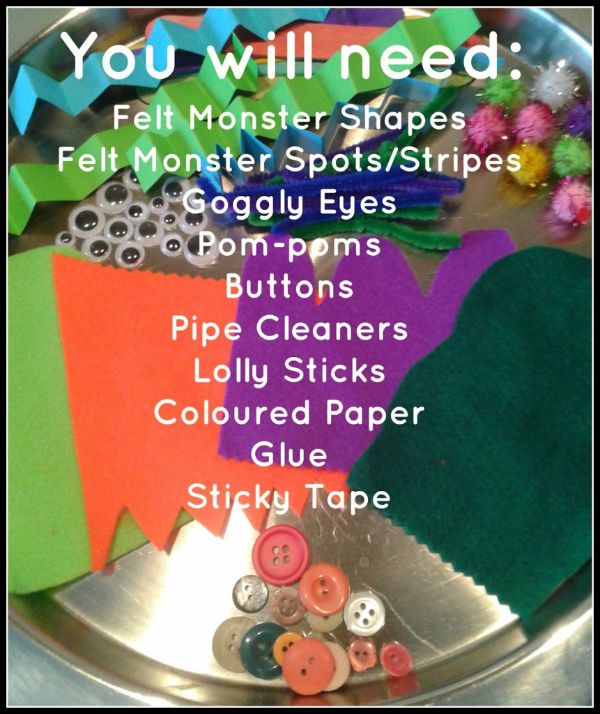 I prepared everything for them beforehand. Toddlers can have very short attentions spans, so it’s best not to expect them to hang around for too long before getting going with an activity. I pre-cut the monster shapes, spots and stripes from some felt rectangles I had bought in a local art and hobby store. I then set up a tray for each of them with a selection of different craft supplies to decorate their monsters with and gave then both a pot of glue and brush to work with. 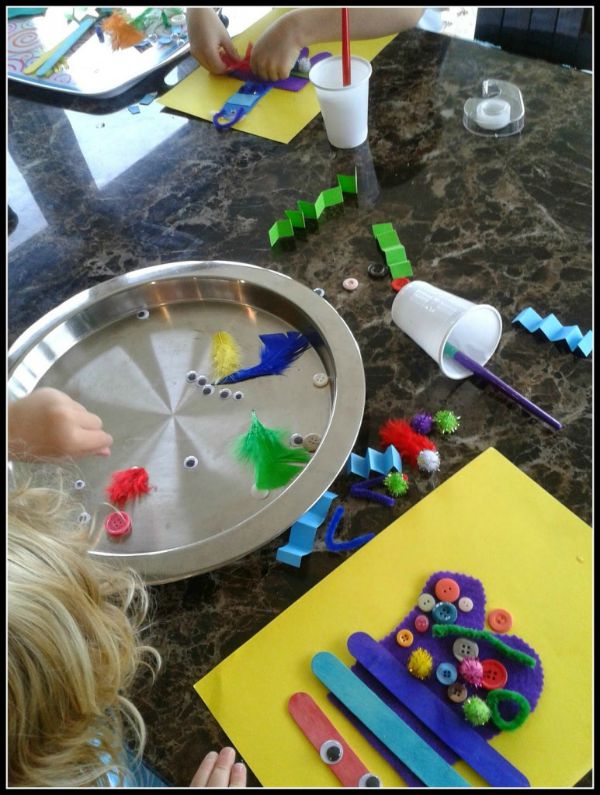 It was lovely watching the two of them exploring the different materials on their trays. They were very enthusiastic with the gluing on their felt shapes. They then both had very definite ideas on how they wanted to decorate their monsters as well, which is great considering both are both only 2 years old!

When Little Miss B’s older brothers returned home from school later on that day and saw what their little sister had been upto in their absence, they ofcourse wanted to make some monsters themselves. I had predicted this though and had re-loaded the trays with supplies for them to work from. My 6 year old son was really keen to cut out his own felt shapes for his monsters, so I set him off with my fabric scissors, whilst I helped my 4 year old start off his first creation.

Top Tip – when trying to secure craft materials such as buttons, pom-poms and pipe-cleaners to collages, we have found it’s more effective to use double sided sticky tape to attach them rather than glue. 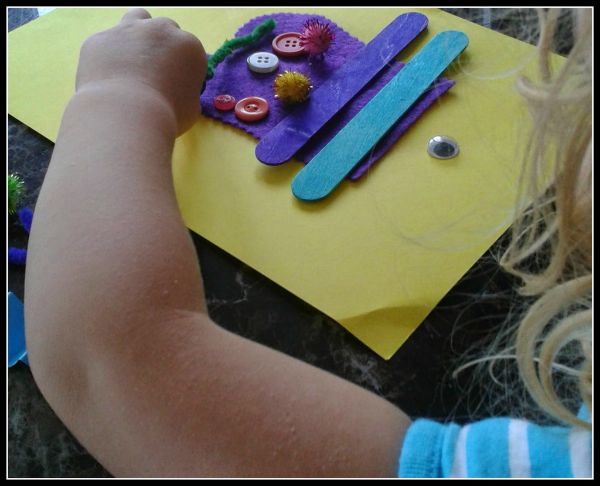 For some Halloween learning fun check out our Top 10 Halloween STEM Activities.

Little Miss B had another go at the activity as well and she had great fun again. If anything she was happy to carry on a good bit longer working alongside her big brothers. She really does learn so much from watching and working on art and crafts projects with them.

Felt is a really versatile material to work with and it comes in so many different colours. You can use it for many different arts and crafts activities.  We used it again in our 5 Little Ducks activity. 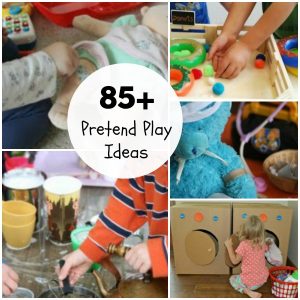 23 thoughts on “An Invitation to make…MONSTERS!”