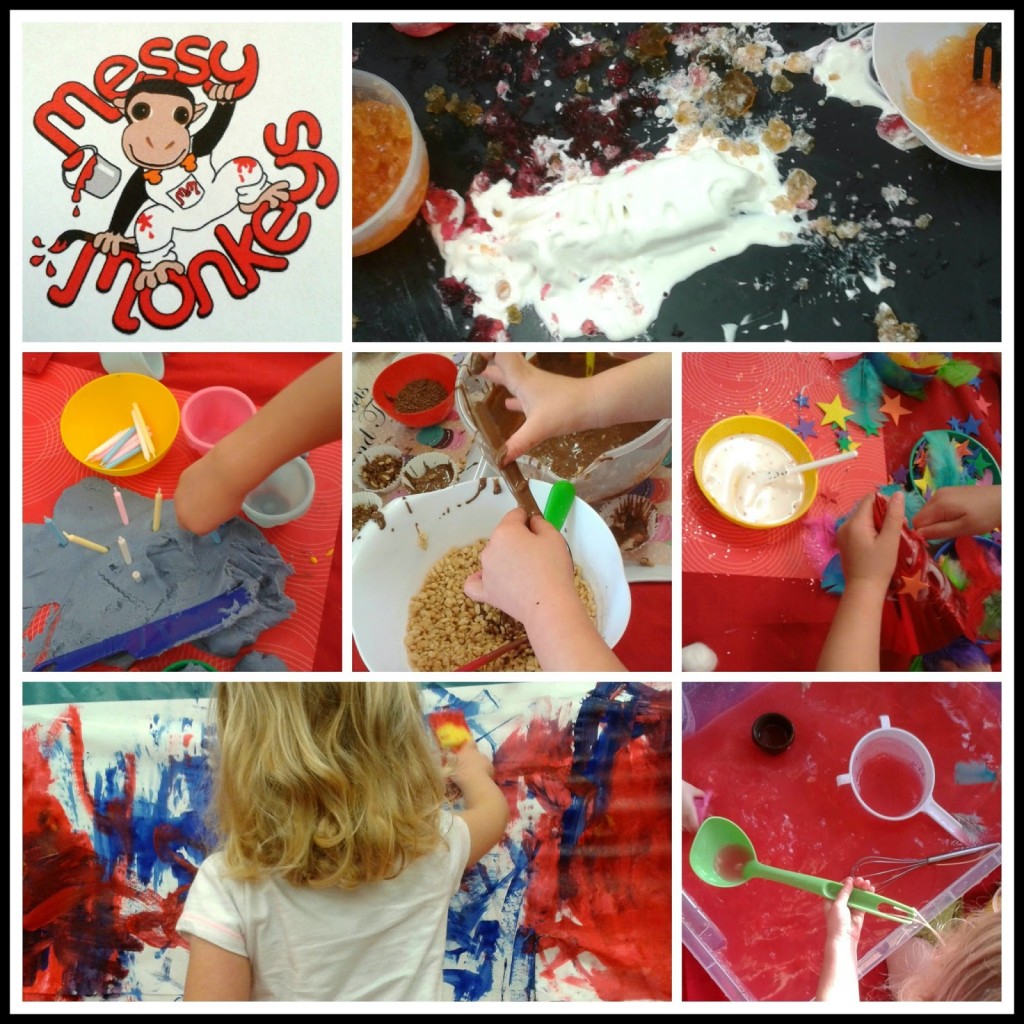 Little Miss B and myself were invited along to the launch of
“Messy Monkeys Messy Play” in Dun Laoghaire, Ireland at the weekend and boy did
it get messy!  “Messy Monkeys Messy Play”
is a new group run by Lucy, where babies and toddlers can splat paint, squelch
gloop, splash water and the best part is you don’t have to do any of the
tidying up.  The event took place at the
Mounttown Community Facitlities, Meadowlands
Fitzgerald Park,
Lower Mounttown Road, Dun
Laoghaire, Dublin,
which is also where the new sessions will be running from when they start next
Friday. It’s a very modern building and the class took place in a spacious room
up on the first floor. There is lift access for those using buggies.
On entering the room, we were directed to a cosy little area
with comfy duvets on the floor covered with lots of monkey teddies and monkey
themed story books for the little ones to get settled in with.  Once all of the party goers were assembled,
Lucy then sang a little welcome song with “Freddie the monkey” and quickly went
through the house rules. The number one rule being parents were not to say no
to their kids making a mess. We were then welcomed to enter the messy play
area of the room. The kids were apprehensive to begin with, I don’t think they
could quite believe that we were allowed to get messy and not be told off for
it. They soon got into the swing of things though and the business of getting
messy soon got underway.
The room was divided into 7 different messy play areas. The
centre-piece was the “Jelly and ice-cream play” which contained the contents of
10 packets of jelly and a whole block of ice-cream. Bella was a little unhappy
touching the ice-cream, as it was very cold, but plenty of the other children
didn’t seem to have this problem. It proved to be a very popular attraction. 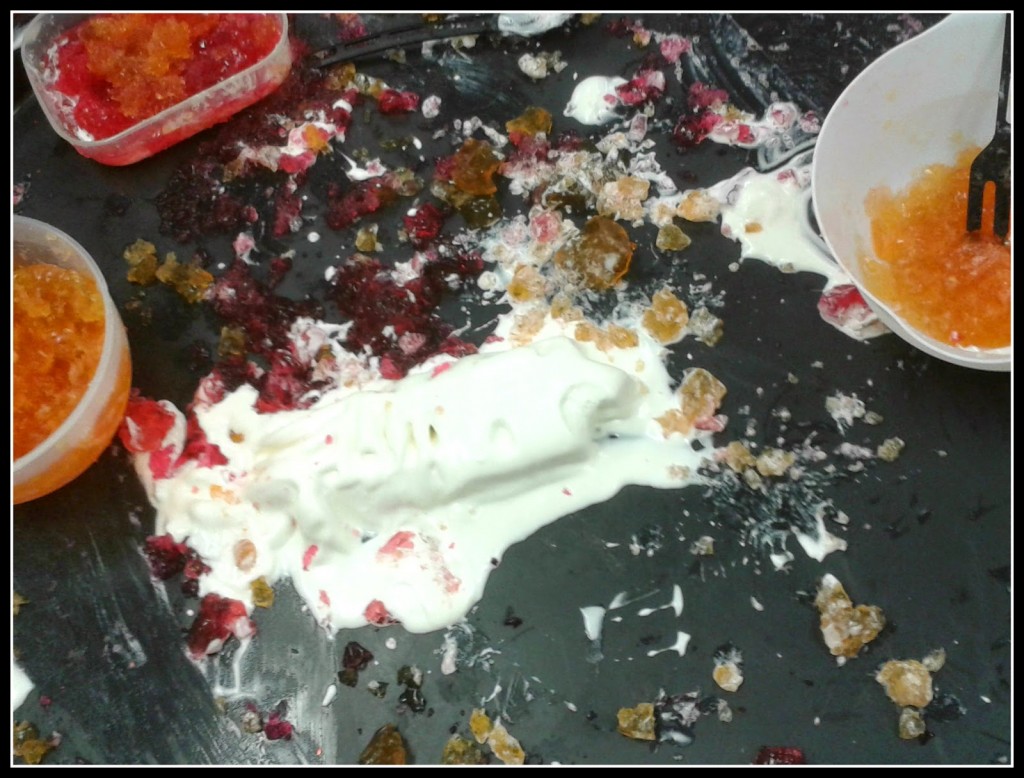 Bella spent most of her time in the “Water Play” area. This
was a large plastic box filled with warm sparkly water and was filled with different
utensils for exploring and pouring with. Water play isn’t something we do much
of at home, which I think is why it looked so inviting to Bella. She was quite
restrained at the start of the session, but by the end she had her whole-self
in the water tub!  She was having a great
time. 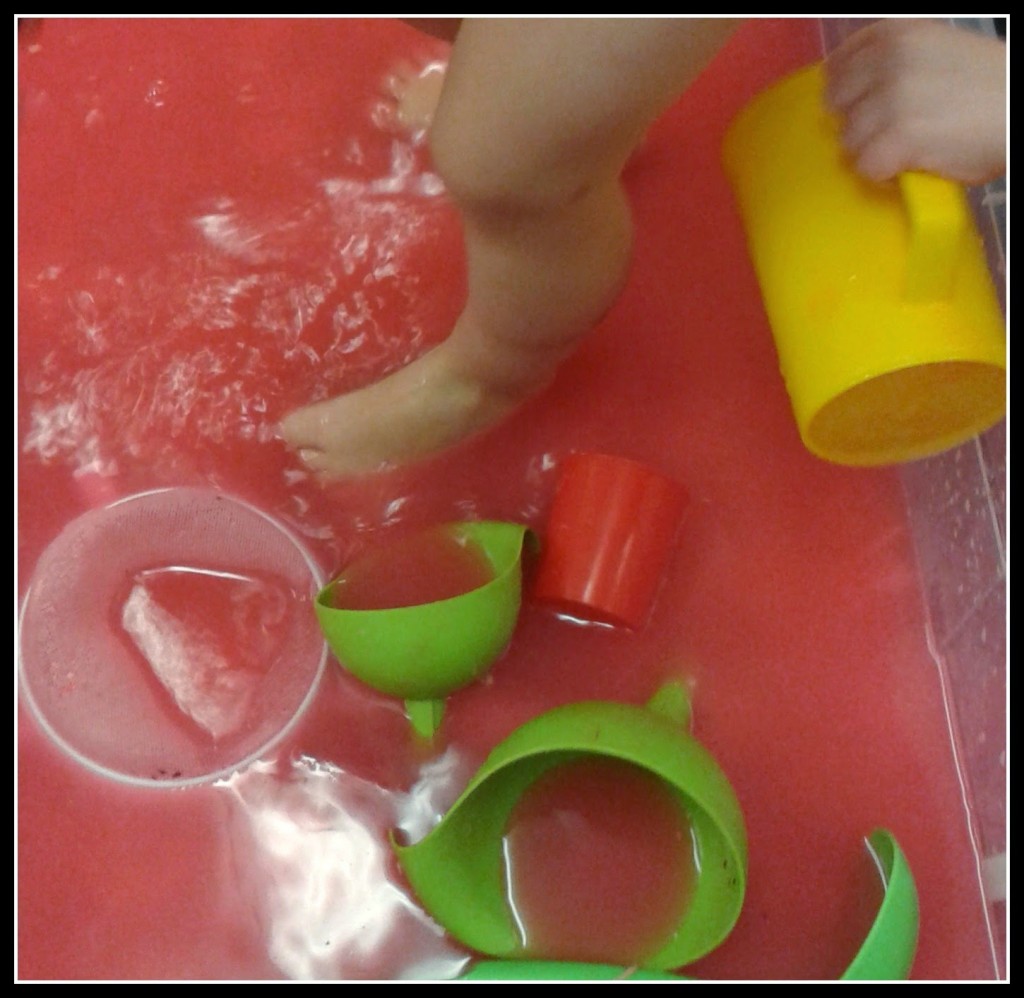 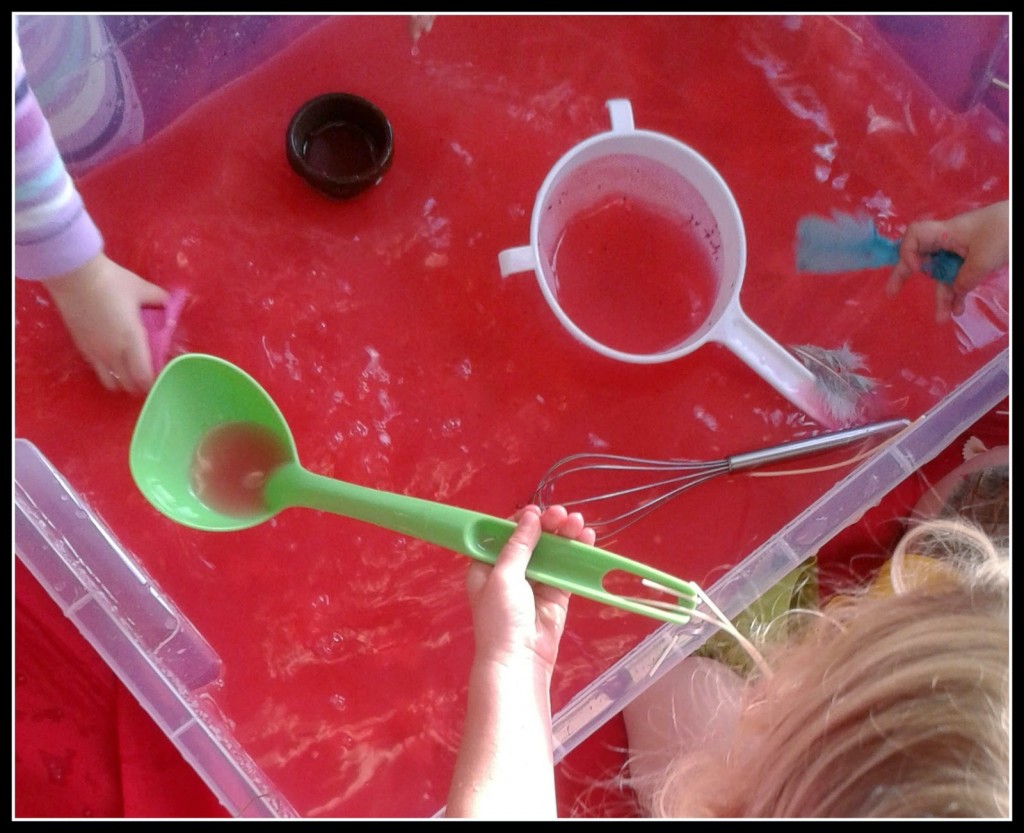 Bella’s next favourite area was the “Chocolate Crispie Cake
Play” which contained all of the ingredients for the kids to make chocolate
crispie cakes. This was definitely one of the messiest areas, as you can
imagine what happens when you let 16 toddlers loose on a bowl of melted chocolate! 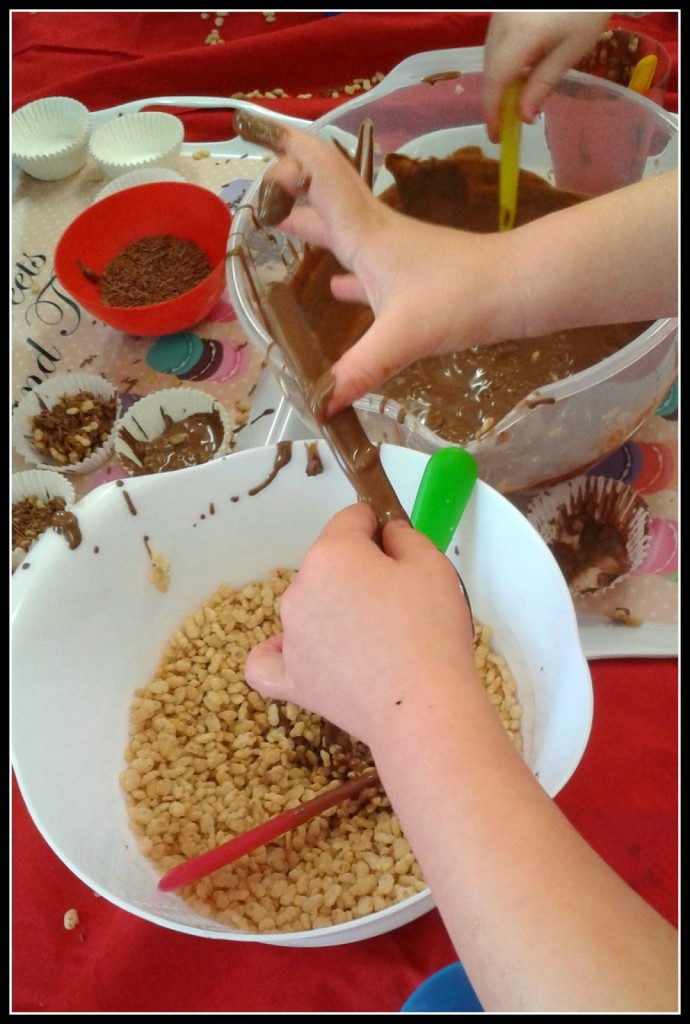 Lucy had also covered one wall with lots of white paper and
set out lots of paint pot and brushes for the little artists to get to work
with. This was very popular with all of the children and Lucy had to make
several trips over to top up the paint pots. 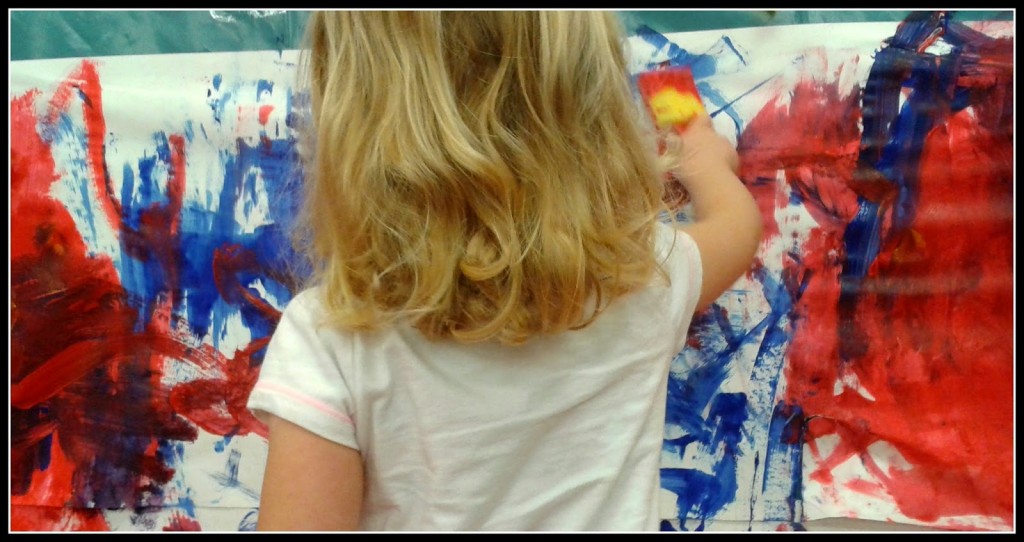 There was also an area for the kids to make Play-dough
birthday cakes, a making activity to create your own party hat and a sand play
area. 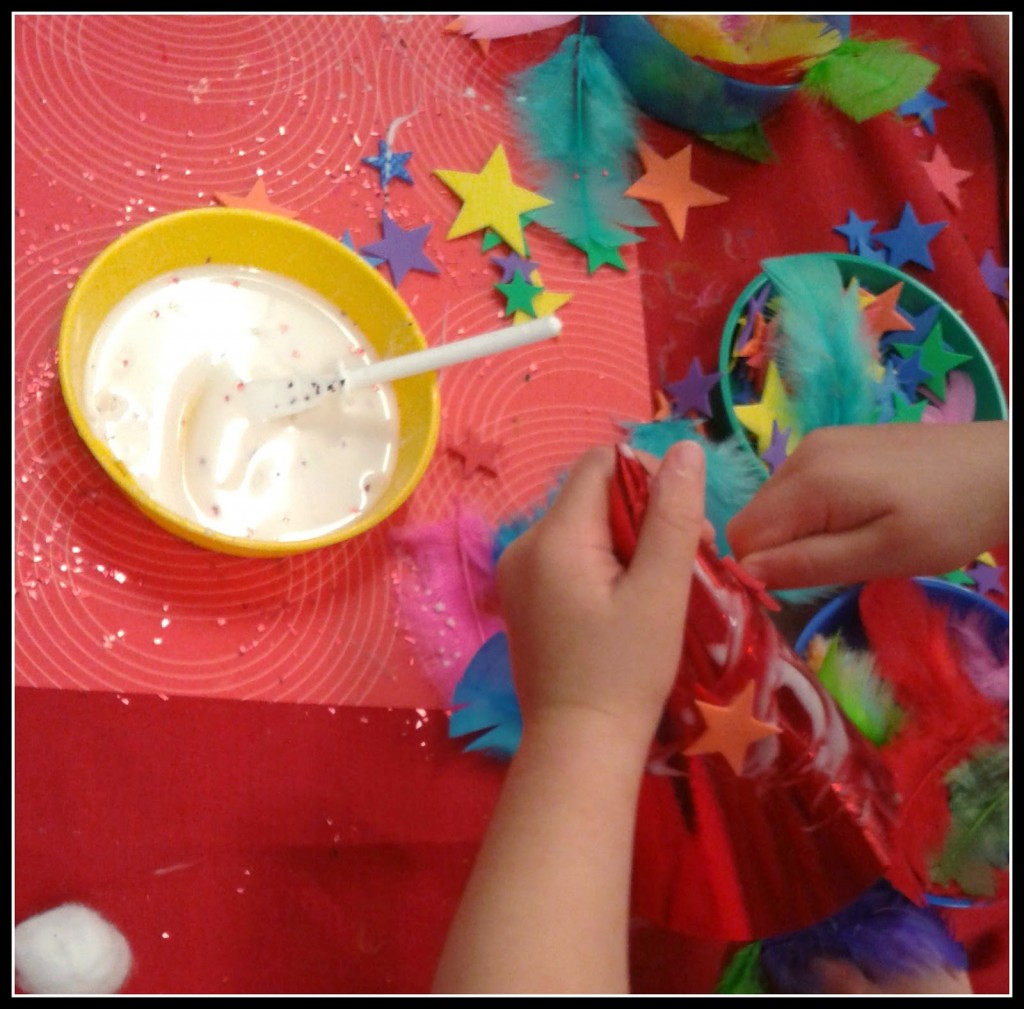 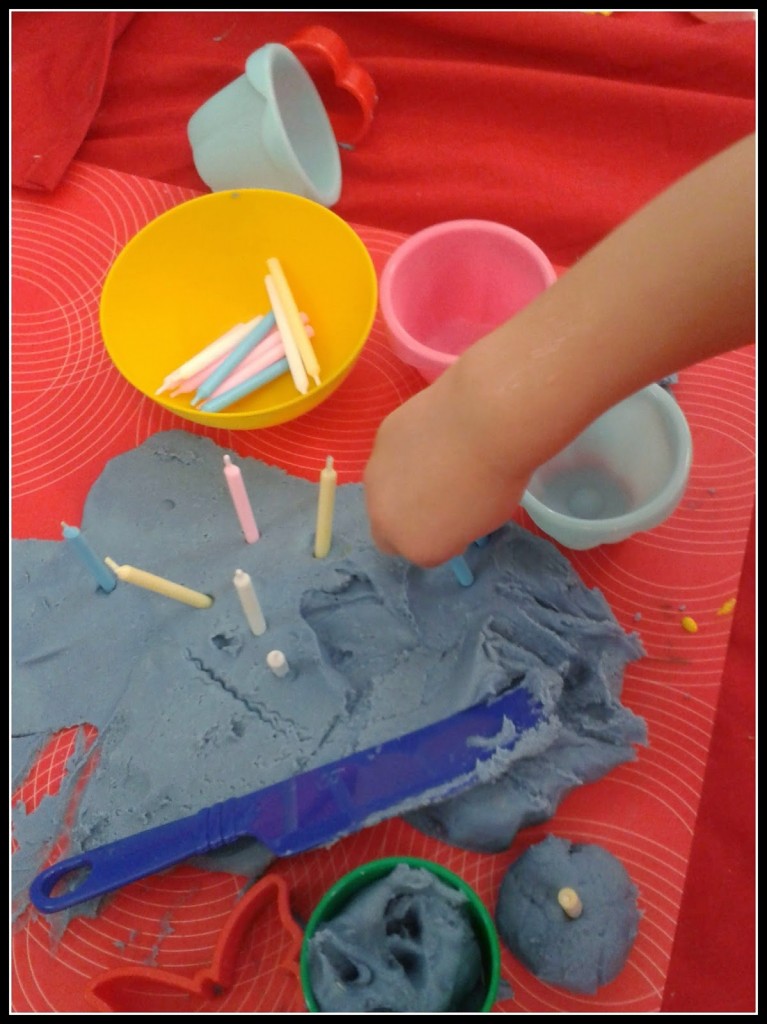 It was great for the children to be exposed to so many
different messy play activities in the one place. You may well let your
children do play-dough at home or play with water or sand, but would you ever
do more than one of these activities at once? This was a big plus point for
many of the parents attending the class, as I chatted to them during the
session.  Many parents as well were
reluctant to do any messy play at home, as they either didn’t have the room or
the time for the big clean up afterwards. This is the biggest advantage of the
class, as once playtime is over, you just need to clean up your own child in an
individual tub of warm soapy water provided and then Lucy has the job of
cleaning up after all of the kids and parents have gone home.
The first term begins next week and it is already fully
booked. To add your name to the waiting list please click here. The upcoming 5
week term is priced at 58euro per child with a sibling going along for 39euro.
Each class will run along a different theme, so there will be variation in the activities each week. The
theme for the party was “Jelly and Ice-cream” and upcoming themes include
“Fairies and Angels” and “Snow and Christmas Dinner”. Lucy is also available to
host your “Messy Party” click here for more details.