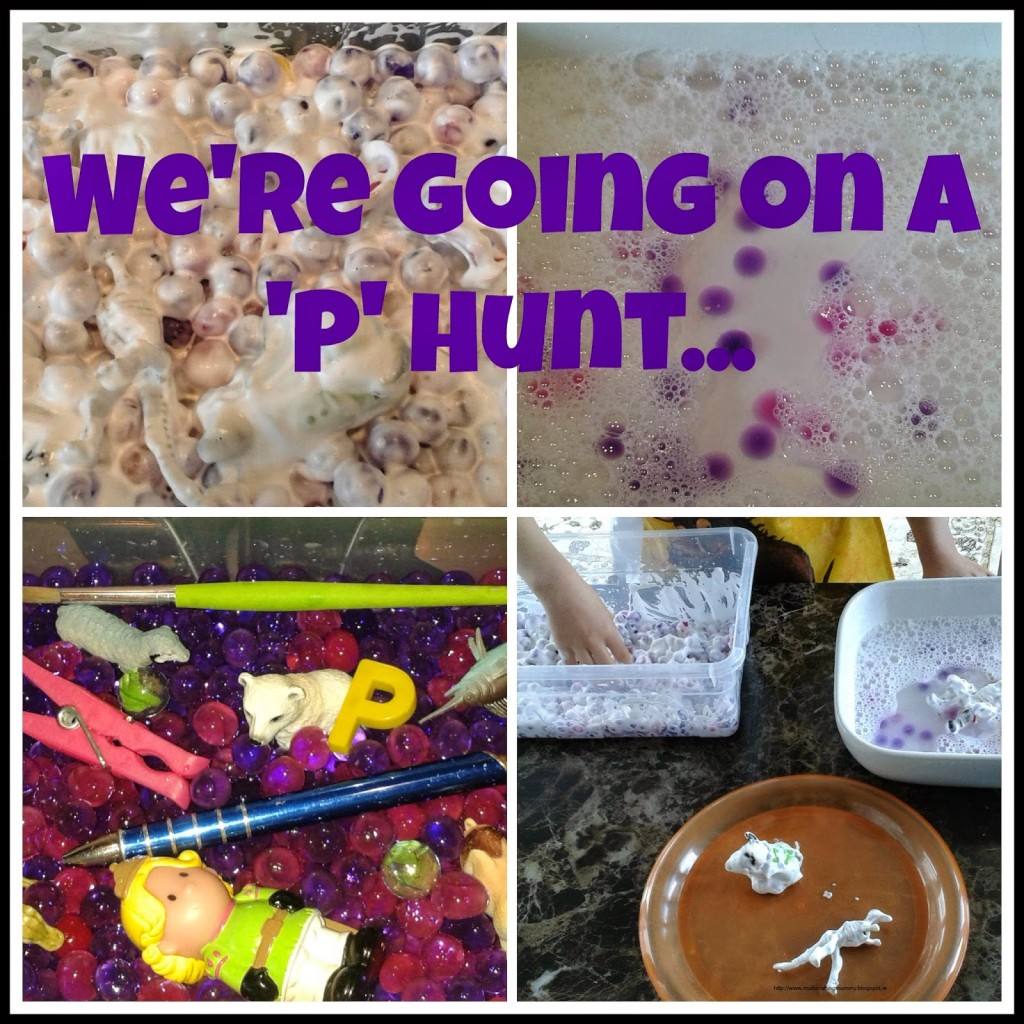 Our after school activity today was all about learning the
letter ‘P’, This was to help reinforce what my middle son has been learning at
school in a fun way at home. We actually managed to do this activity one-to-one
as well which made a nice change.  We
love to do our arts and crafts altogether, but it is nice to indulge them all
with some one-to-one time as well sometimes. I prepared most of the activity
during the morning; I then just had to put the finishing touches to it whilst
he had his snack of a plum and some popcorn to get us in the mood for the “P
Hunt”
Here’s what I did:
After he had gobbled up his snack he was then eager to get
started.  I explained that I had hidden a
series of objects for him to find and I asked him to place all of the objects
beginning with the letter ‘P’ into the soapy water and the objects not
beginning with ‘P’ onto the plate.  He
did quite well with this and only needed a hand working out where a couple of
them needed to go. I then set him on cleaning the shaving foam off all of the objects
in the soapy water with a sponge. Playing with water is a great calming after
school activity and I d hoped it would mean one less job for me to do. 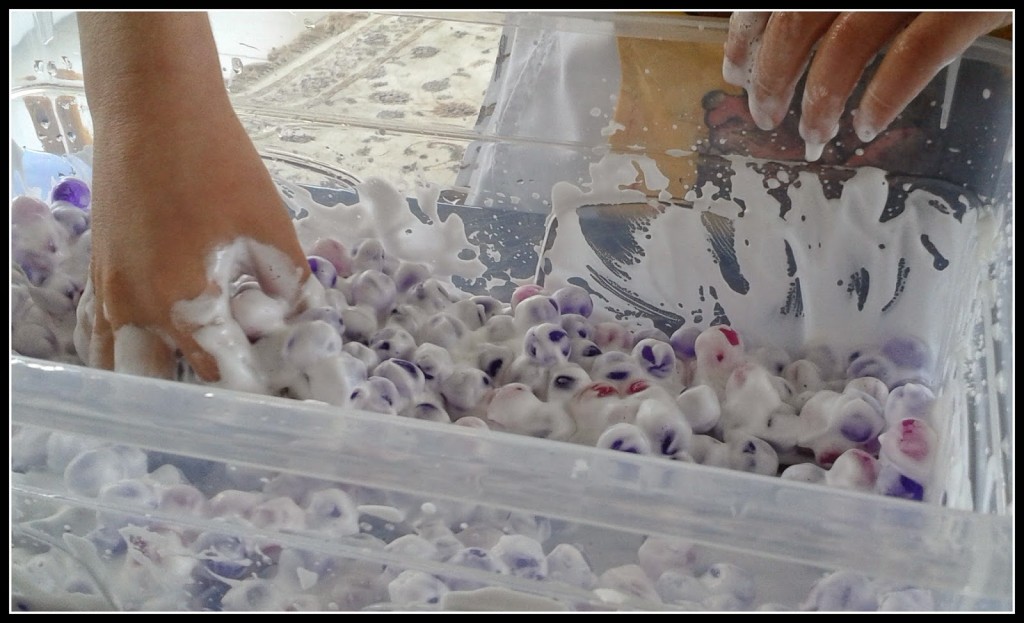 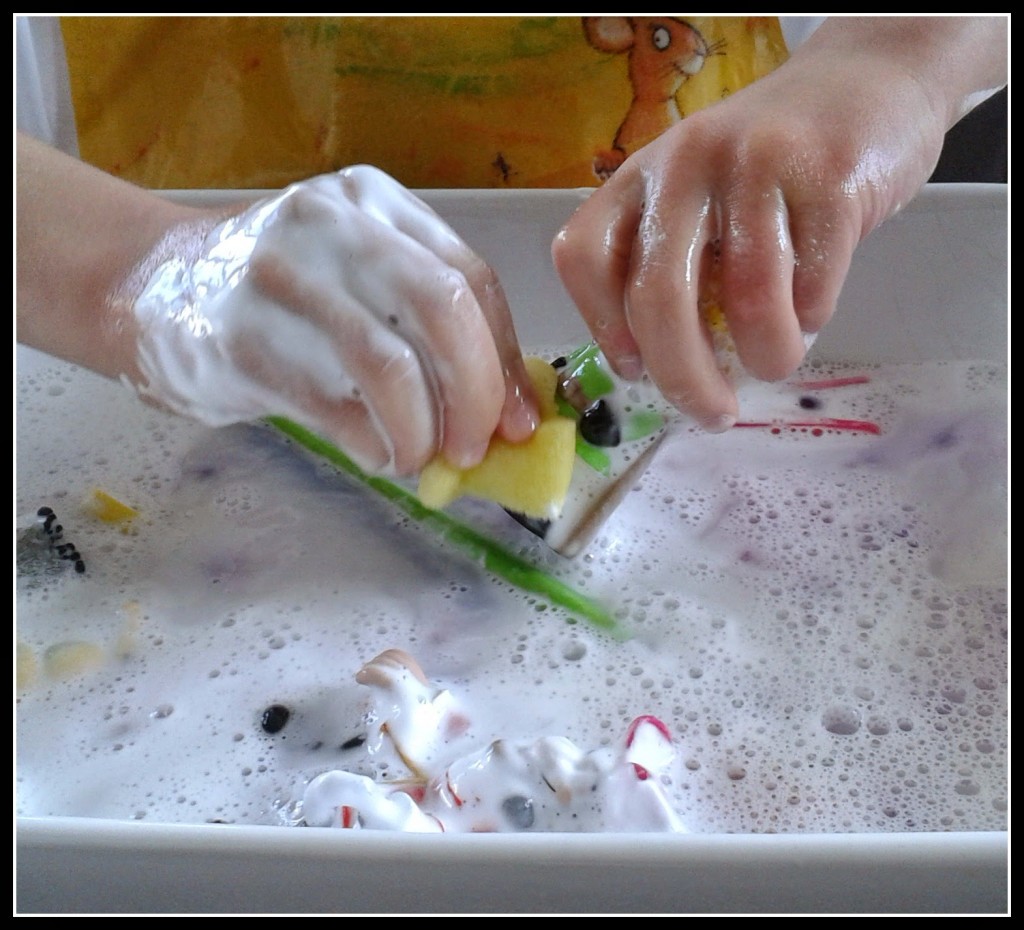 Whilst Freddie was washing away I was having a look though his
homework sheet for the week. One of his fine motor skills activities is to use
kitchen tongs to move objects from one dish to another.  This seemed the perfect opportunity to get
stuck into this with him.  I took the
kitchen tongs out of the drawer and asked him to use them to add all of the
objects back into the waterbeads and shaving foam mixture and then back again
into the water. He then decided to transfer all of the waterbeads across into
the water using the tongs as well! This did make a bit more mess than I had
anticipated, but it was a very successful fun learning activity overall, so I
didn’t really mind. 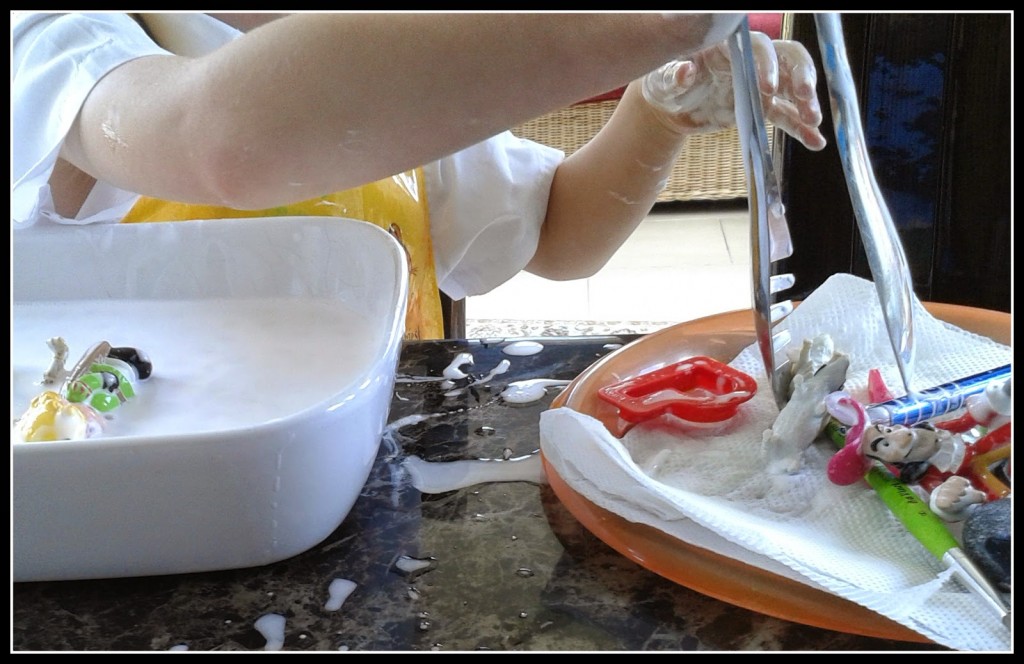 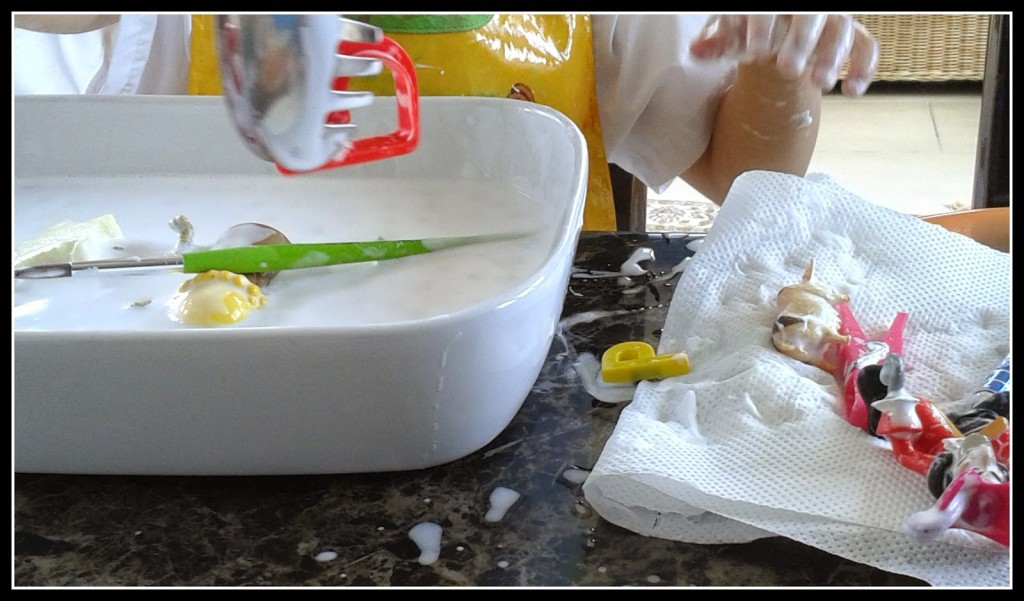 What kinds of after school activities do you like to do with
your children at home?